His tickets booked to see 3 cities in 10 days: End of April

Delight of my parents when they hear their one and only son-in-law was stopping by to have lunch with them: Untold

The surreptitious plan for me to go surprise my father for his birthday: 15 minutes/ 3rd of May

Rubbish at keeping it a secret from my house guest, it lasted: 2 days

Call to Nik - the - brother to let him know: 2 minutes

Whoops of joy from my mother when she found out I was coming: 2 minutes

Still clueless dad: All the time

V takes off on bharat darshan: 15th May

V has lunch of kofta curry and best aloo subji in the world with my parents and brother: 16th May noon to 5 pm

V leaves for Kolkata to see his parents, eat, sleep, eat, sleep some more, feign heatstroke re the dentist yet go watch IPL in Eden gardens: 16th May evening onwards

I spend boring Saturday at home and rack up huge phone bill: 17th May

Time spent throwing 5 shirts, 2 trousers, a pair of shoes and all accumulated gifts in suitcase: 20 minutes

Time spent planning what to eat so as to finish all fresh ingredients in fridge: 15 minutes

Actual food eaten at home for 5 days that V is not around: Frozen chicken dumplings from Japan Centre

Weekend perks up with dinner in the burbs: 18th May

Boring day at work, thankfully forgotten with a best ever dinner @ Moro: 19th May

Can barely work as I have to leave for the airport this evening: 20th May

Walk to arse end of airport where plane is parked (along with my luck): 25 minutes

Number of people on flight: Less than 100

Joy of finding myself sole occupant of row of 4 seats: Unbridled

Pain of finding chatty man who needs his own story told: Immense

Air miles between London and Delhi: 4164

Smile on mum’s face when I breeze through immigration, baggage and customs in 15 minutes: Ear to ear

Knowledge that Nik has not tidied up his/ our room AT ALL lest dad become suspicious: Hilarious

Look on my father face when he opened the door and realized it was me: Priceless
Posted by 30in2005 at 6:13 PM 8 comments:

On friendship: the first

I’ve almost always taken my friendships too seriously. That has been my downfall in the past. This ‘too serious’ outlook is something that has given me, in slightly unbalanced parts, deep and meaningful friendships and heartache. Okay, greatly unbalanced, with the friendships far outweighing any dismissals.

I want to remember some of the good, deep, enduring kinds of friendships I (often we, although V will rarely admit it) have and I figure this is like my diary and when I come back in Oh 10 years, I’ll know this is what the 32 year old me thought and felt. So here is the first of many. These are the ones borne of nothing-in-common-but-everything-in-common. From way back in the day - my mid-20’s, which are seriously behind me now – when we were nothing but a gaggle of people joined together by strange strings. Even now when I think back I find it amazing that we became friends. It was a time of young love and newly grown-upness. A group of boys, of which V was one, shared a flat and lived off the omlettes cooked by a bird called Emu. Their assorted friends with girl/ boy friends practically lived there. Before we could say the words “road trip” we were on it, the journey of a lifetime, sharing food, copious amounts of alcohol and talking till all the words ran out. Girlfriends and their siblings, friends from college, school, work - everyone was accepted into the group. Except the upstairs neighbours.

We spent so much time doing nothing (but together) that my mother often yelled at me for using her house like a hotel, for laundry and the odd breakfast. We were young and indefatigable. We roamed the streets of Delhi in auto’s and shiny new cars (one of which we practically watched get stolen from outside the patio doors), ate our body weights in momo’s at Dilli Haat and drove through blinding fog to watch movies in far flung cinema halls. We played card games, took ridiculous photographs, hosted massive parties, drank like fish, kept Domino’s Pizza’s in business, spent every penny of what we earned before we actually earned it. We traveled for engagements’ or just down the Delhi-Jaipur highway for a bite to eat. We endured power cuts, empty wallets and the 4 beating seasons that Delhi has on offer. For 2 whole years our weekday evenings and weekends were, well, ‘busy’.

And then in the flash of an eye everyone was gone, scattered around the globe, all grown up and taking those career building block, studying ‘a bit more’, getting married, building families, forging new ties. For the longest time we stayed in touch only sporadically, some with some and others with others. The odd phone call, the rarity of e-mail, the short lunch when in town – bits, but nowhere near the whole. And then, as if like settling dust from all the life changes, suddenly it was back to yesteryears. Three odd years ago one called saying he’d be in town and could he spend the weekend with us. We jumped at the chance and spent our days and evenings reminiscing about Bengali fish curries and movie nights. I was told I’d ‘mellowed’ but that V was ‘just the same’. Suddenly we were all on the phone more, e-mail more. One minute V was having lunch with ‘the student’ on a different continent. Another, the kid-turned-grown-up was in London town on work. then it was lunch in a swanky Bombay high rise, sipping beer on a hot summer’s day and watching the race course teem with people and horses. And there were not one but two adorable little boys to play with. Then some of them came to stay for a few weeks. Then we were in Gurgi-yon gurgling over baby buddy boy. Then it was a wander through a warm Christmas market on a cold German day with Student and Grown-up. And most recently, while I toiled in Bolivia, V enjoyed a weekend in Paris, walking to the Eiffel Tower with four and a half holidaymakers.

It is back to back then, as if no interruptions have occurred. I don’t even remember the years we weren’t friends. It’s almost as if we were friends but such good friends that what was a few years of exploring/ trawling the world for other friends before coming back?

I can’t explain it, this odd break but not in our friendships. We recently had the ‘student’ stay with us - for two whole weeks. It’s really hard to explain how we know her. It’s a long and complicated connection, one that we laugh over as a joke too often. We never tire of reciting the chronology of something that happened over 10 years ago now, repeating random/ movie dialogues that made us roll with laughter, pulling faces or rolling our eyes at some incident remembered.

I often thought that those were the best days of our lives - the most carefree, the most personality forming. But I’ve come to realise that really it’s not them, it’s these ones, NOW. Which mean more than ever because even though we’ve all changed (some unrecognizably, what with going bald, becoming fat etc.) we are basically the same people and even 11 years on we can still laugh at the same ridiculous things and talk about the deep and meaningful, often in the same breath. Our personalities as influenced by these friendships today as by them then. We remain a gaggle of friends and when I look back at this post I want to remember this warm, fuzzy feeling. Of back then and of right now. 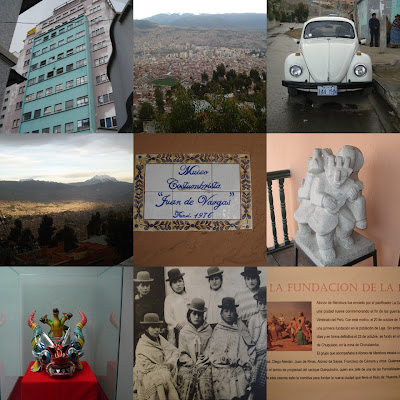 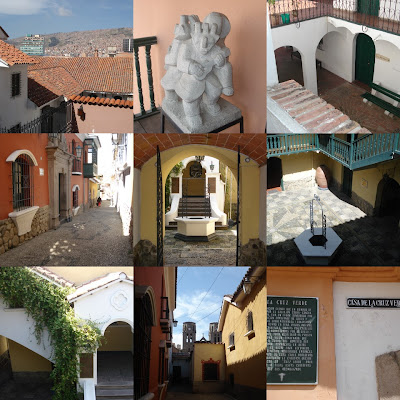 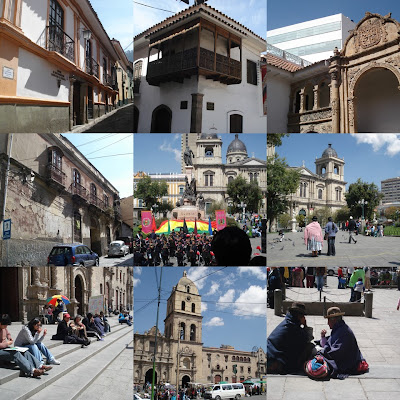