Unlike last years extravaganza I decided a simpler and far more inexpensive party was called for. Last year my two biggest costs were party invitations and birthday cake. This year I did away with physical party invitations and used the RedStamp App to make and email the invitation. I used this picture that the Kid had taken using my phone at the aquarium, sometime in June: 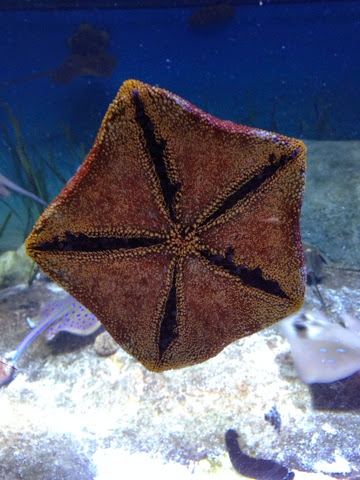 It was a simple and sweet and most importantly FREE invitation sent out by email to the very short list of mums whose kids were invited.
Then came the cake. Kid has a school friend that lives in our condominium. While the boys are very good friends his mum and I have also become firm friends and spend many a play date or poolside or playground time trying to get the kids of expend their boundless energy. She is a great baker - I don't have the patience and the tools to bake much more than an occasional banana loaf - and offered to bake and decorate with me. So we spent a morning at hers decorating (she baked it at 6am!).
A few weeks ago, when asked what he would like, Kid had said he wanted a minion lego pirate cake. Or a Thomas train again. Explained that it was a pool party and that an ocean theme with the Octonauts might be fun. He totally went for it. He had a few figurines and we borrowed some from another friend. Dettol and detergent soaked to get any grub off. Then we opened bags of Smarties and M&M's and picked out the blue and green ones (different brands different size and shade). He helped in all these activities from seperating out smarties to soaking the figurines and scrubbing them with a brush. Also over the summer he and I built the little aquarium from a cardboard box, pipe cleaners, foam board and string. Instead of throwing it away after the many hours of pretend play that it got we saved it and used it on the party table (previous post). 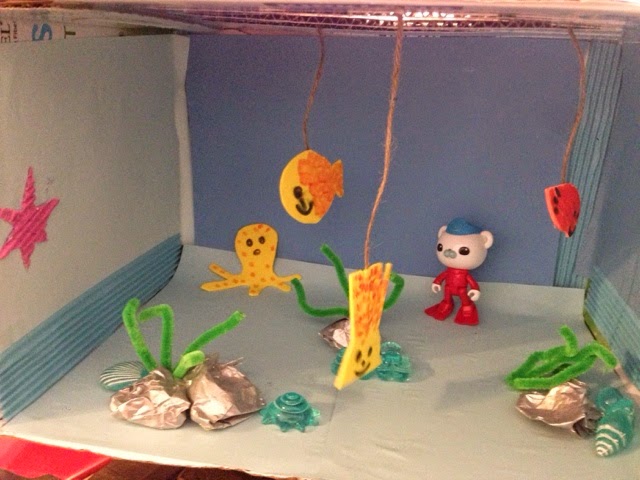 Here's the making of this cake. 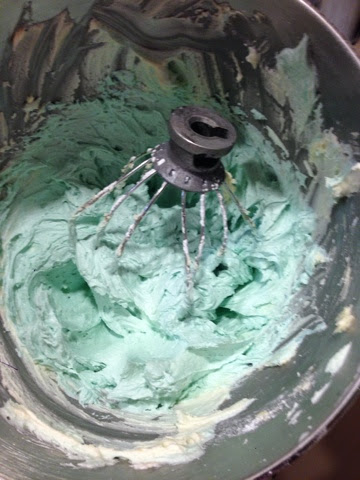 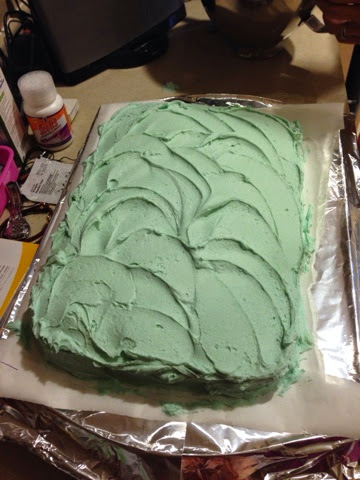 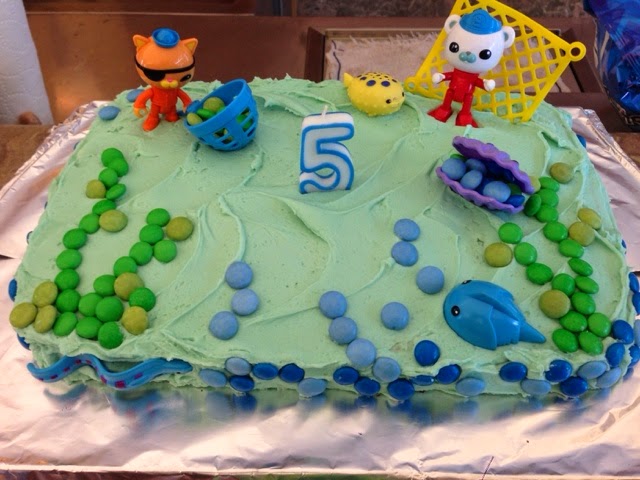 The cake was delicious and not a single crumb was left.
My friend also made the piñata. She did them for both her kids and decided she was going to make one for Kid. So she made this amazing piñata and we filled it with rubber duckies/ coloured pencils/ erasers and small slinkies. 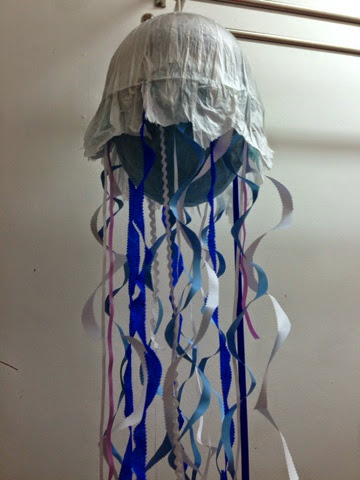 Bottom line:
1. Invitations: free (time effort and electricity were used)
2. Cake: free (I will take my friend out for a drink sometime)
3. Piñata: $10 (all materials for outer shell were already in the crafts drawer and I spent $10 on the little toys inside)
4. Pool and function room: free (refundable deposit of $100 to insure against damage - already refunded)
5. Food: pizzas ($300 for 15 very large pizzas and $50 for all the rest of the food)
6. Decorations: kwazii cat pin the tail and the box with the cat to pelt with water balloons (free materials + $4 for water balloons); $25 for the baskets on the table and all those glasses plates and spoons.
7. Good time had by all: like the ad says, priceless. The party was full of fun and energy and laughter. There was no better way to celebrate.
And then on Sunday the 6th of July 2014, his actual birthday, my little boy woke up for another day of celebration. And I've been told repeatedly since then that apparently being FIVE is awesome! 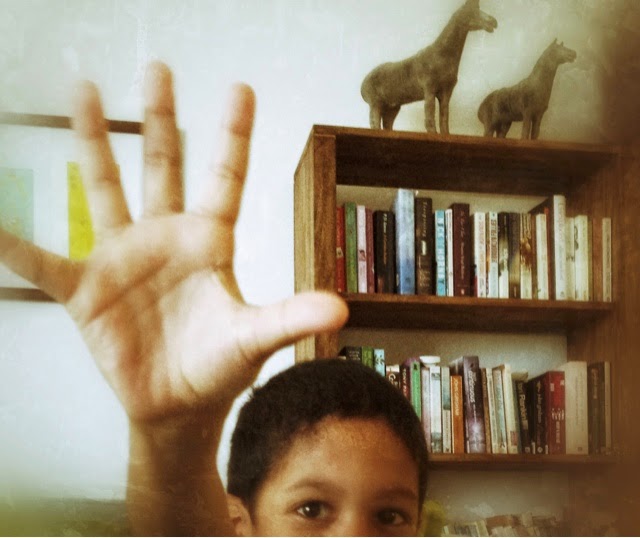