1. Every weekend and weekday was packed with things in December. Mostly good but busy making.
2. Sadly one of those weekends saw me in the A&E at 7am with serious enough allergies to be given steroid shots to keep my airways open. The rest of that weekend passed in a drowsy blur and the week after in recovering from it.
3. Then we went to India. Where thanks to a throat infection (kid) and milder allergy again (me) we stayed home or close to home for most of the week.
4. We sat in the brilliant Delhi winter sunshine and ate lunch everyday. Also watched first hand the news of the Delhi gang rape and the sudden turning point that this one incident has made in the collective conscience. I'm not convinced either at the momentum lasting or the changing of the Indian mindset or judicial process too quickly. There are so many thoughts and actions needed and I feel ill equipped (as if I will be told I'm not allowed them as I don't know the reality because I've lived away too long) talking about any opinions. But opinions, yes I do have them.
5. We went to the rail museum twice. Once with my cousin and his gorgeous family. The kids loved each other and the trains. It was super to see them and my niece and nephew who are a laugh a minute.
6. The trains, I'm sad to say, are a shadow of their former selves. Especially the beautiful royal carriages. They seem to just be lying there rusting, covered in dust and totally unloved and were just too unsafe to climb into. This is in direct contrast to the many many times we went as kids and scrambled all over them, when they were pristine. And not just in my memory.
7. The highlight was the little toy train ride you can take for rs. 20. We loved it. In fact the second time we went we bought enough tickets to go around twice. And the second time there was just us on the train. Such a treat!
8. Also the trains may be falling to bits but all the people who worked there that we met were lovely, helpful and knowledgable. Not what I expected (cynical me) and almost made up for the terrible condition of museum.
9. And the day before we left Delhi I met up with two sets of people - school friends and college friends. Was a super hectic but super fun day and even all the traffic sitting didn't bother me one bit.
10. We had two unexpected days in Calcutta (Calcutta, always Calcutta) takes on in the end. Ate out at a nice restaurant called 'On Track', chosen specifically so that our train obsessed son could clamber over the giant engine and carriage to his hearts content. The food wasn't bad either.
11. Also met my other family (my parents very best friends) who had all gathered under one roof after years and years. My cousins with partners and friends and aunt and uncle - was a super super reunion that I got to be part of if only for a bit! Hope it's not another decade before we all meet again.
12. Celebrated our 11th wedding anniversary on Christmas Day. Have to say it was one of the worst and I simmered with rage and anger at V all day and on the flight back that evening. I'd rather not say why. He is still trying to make it up to me, unsuccessfully. He has all of this new year to try.
13. And here we are, awake this morning in 2013, hoping its going to be a better year. Hope it's a good one peeps. Love and all that good stuff, 38in2013 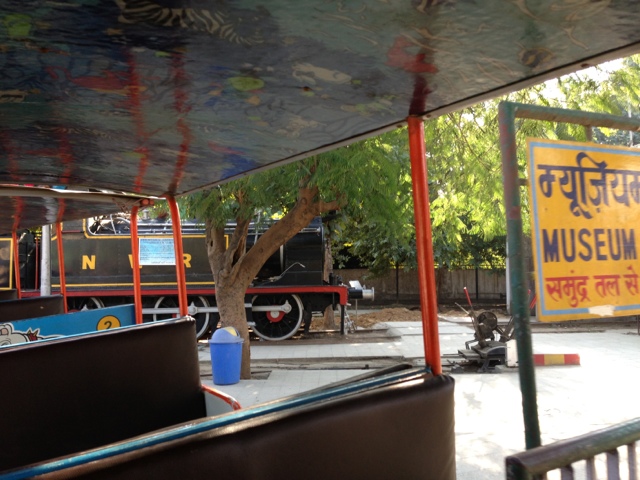